Coverstory books is delighted to be able to announce three new books for 2020! the first two of these will be released on 1st February 2020, with the third hopefully on or around the same date.

Liam is haunted by his age and the history it forces upon him. Yet he is also plagued by the need to make more – to generate new memories to recall later, before it gets too late, especially when his wife of over thirty years turns his world upside down, as does the woman he meets in an anonymous hotel dining room.

Against a background of domestic parental turmoil, his daughter fights her own demons to try and make sense of her place in a disintegrating family and the wider world. 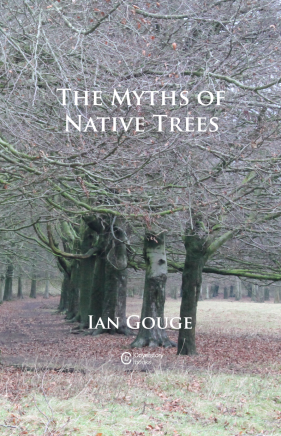 Myths attach themselves to just about everything. This is certainly true in the case of English native trees. Pagan, mystical or religious, some of these are well-known, but others are more obscure.

In “The Myths of Native Trees”, Ian Gouge uses fragments from some of these myths as the basis for a suite of poems which are in turn mystical, lyrical.

We build our own myths too. Myths about our past – or our imagined past – and about our relationship with the world around us, real or otherwise. “The Myths of Native Trees” also teases at some of these, in some cases celebrating them, in others revelling in their inescapable opacity. 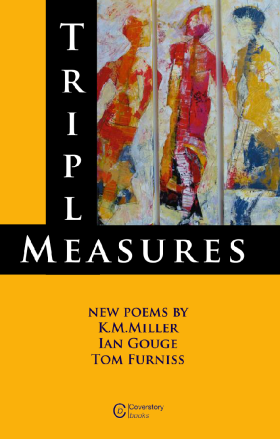 Some thirty-seven years after Kate Miller, Tom Furniss and Ian Gouge collaborated on a slim volume of poetry – “Play For Three Hands” – they return will a long-overdue sequel!

Their paths have – like their writing! – diverged considerably across the intervening years, experiences which, not surprisingly, have had a significant effect on not only on their subject matter but also the styles and manner in which they now choose to write.

A diverse and challenging collection with an Introduction – as with “Play For Three Hands” – by journalist and film critic, Jason Best.

“The Opposite of Remembering”, “The Myths of Native Trees”, and “Triple Measures” will be available through all good on-line stores – Waterstones, Barnes & Noble, Amazon etc. – and on order through your local bookstore. The best on-line retailers are currently allowing you to order pre-release copies!

Find the podcast Walking Thru Fire on Buzzsprout.

© Ian Gouge and coverstorybooks.com. Unauthorized use and/or duplication of this material without express and written permission from this site’s author and/or owner is strictly prohibited. Excerpts and links may be used once permission is given provided that full and clear credit is given to Ian Gouge and coverstorybooks.com with appropriate and specific direction to the original content.