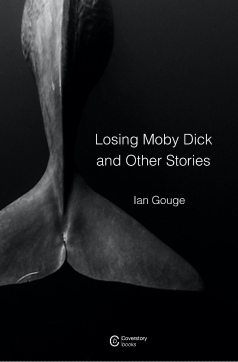 Books are, for many people, precious things. They become host not only to the words within them, but to individual history and memory, thoughts and feelings. So when Jack finds he has lost his old copy of “Moby Dick” he is suddenly knocked off-balance. He knows that it should not really matter that much – but it had ‘associations’…

So Jack determines to replace it – and not with a pristine copy, but if he can, with an old second-hand volume from the very bookshop at which he acquired his original.

A simple enough proposition you might think. But then Jack discovers that in the intervening years many things have changed, and Twerton’s bookshop is not what it was. It is much, much different…

In many ways it was the perfect, idyllic summer break: unexpected, taken on impulse, filled with sun, culture, and the beauty of Tuscany. And it was also filled with love; the kind of love that changes a young man’s life forever.

And then, suddenly, the dream is killed and there is nothing but vacuum. For years.

Until her letter arrives unexpectedly, finding him – them both indeed – different people.

Rick’s choice is binary. Does he – after all this time, and after the pain of a broken heart – simply ignore her letter? Or does he respond? Does he risk opening old wounds in the search for the answers to all those questions that once ravaged him?

And if he does respond, where will her letters lead him?

What could possibly go wrong? After all, Mitch’s idea is quite a simple one. And innocent too. The shopping mall in his town is vast: five floors of bright lights, chrome, glass; acres of products from candles to candelabra, from jumpers to jackets, music to toys. It is also filled with escalators – they too are brightly lit, shinning. They cross-cross between the floors, gluing the whole place together, allowing it to function.

And that’s Mitch’s idea. Most people would take one or two escalators, just the ones they needed to get from A to B. But what if the escalators were made the most important thing in the mall? What if someone chose to go to the mall, ignoring the shops, just to ride them? Could you really ride them all in one session, just once each, no duplicates, no cheating, adhering to ‘the rules’?

That’s the goal. But what starts out as a challenge of one sort soon turns into something much more strange and sinister – and Mitch suddenly finds himself and his new-found friends Suzi and Mr Lee in all sorts of danger…